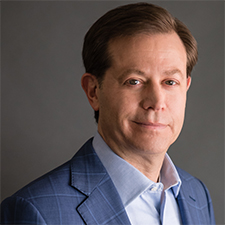 Andrew Flagel is President and CEO of the Consortium of Universities of the Washington Metropolitan Area. He received his undergraduate and master’s degrees from Consortium member the George Washington University, where he served as a regional director of admissions before being appointed as director of admissions for the Congressional Youth Leadership Council. He later received his doctoral degree from Michigan State University’s prestigious program in Higher, Adult, and Lifelong Education while serving as a director in Flint for the University of Michigan, focusing his research on access and inclusion.

As Dean of Enrollment for over a decade at another Consortium member, George Mason University, Flagel created groundbreaking new programs for members of the military, veterans, international, and transfer students; founded and led the Washington Youth Summit on the Environment and the Washington Journalism and Media Conference; and spearheaded the Pathways partnership with Northern Virginia Community College and Fairfax County Public Schools. He left George Mason University to become Senior Vice President at Brandeis University, serving as both their chief student affairs and chief enrollment officer. Just prior to joining the Consortium, he served as Vice President for Advancement at the Association of American Colleges and Universities (AAC&U) where he successfully developed a broad range of innovative partnerships with nonprofit organizations, foundations, and private companies to support quality and equity throughout higher education.

Flagel is a Visiting Senior Scholar at the George Washington University and serves on the Board of Trustees for ConnectedDMV.org and the DC College Access Program, on the Board of Directors for the Greater Washington Board of Trade, and as the State Executive for the District of Columbia for the National Association of Independent Colleges and Universities. He is also a member of the Presidents’ Trust for the AAC&U, the Washington Higher Education Secretariat, the Millennium Campus Network Global Education Council, the Council for Adult and Experiential Learning, the Washington Journalism and Media Conference Advisory Board, and the Sewanee Summer Music Festival Board of Advisors. He previously served as a Senior Scholar for the National Research Center for College and University Admissions, and on the Board of Trustees for the Tremont School. His wife, Jennifer, is Assistant Vice President and Director of Graduate Admissions at Bentley University, and their son is a student at Denison University. Follow him on twitter @PrezFlagel.