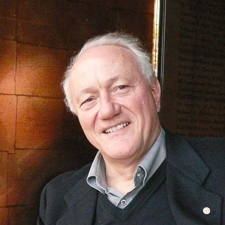 From 2000 to 2010, he was Director of the UNESCO World Heritage Centre and Secretary of the World Heritage Convention. From 2010 to 2018, he served as Assistant Director-General of UNESCO for Culture.

He is part of the Council of the Smithsonian Center for Folklife and Cultural Heritage.

His recent publications include: “The Historic Urban Landscape: Managing Heritage in an Urban Century” and “Reconnecting the City: The Historic Urban Landscape Approach and the Future of Urban Heritage,” both co-authored with Ron van Oers and published by Wiley-Blackwell. A comprehensive book on the historic urban landscape experience, “Re-shaping Urban Conservation,” co-edited with Ana Pereira Roders, was published by Springer in 2019.