Willem de Kooning’s ‘Woman-Ochre’ was stolen from the University of Arizona Museum of Art in a brazen, daylight robbery the day after Thanksgiving in 1985. When the museum opened at around 9am, a man and woman followed a staff member inside the building. While the women distracted a security guard, the man cut Woman-Ochre from its frame, tore it from the backing and hastily rolled it up. 32 years later, the painting was discovered in a store in New Mexico after it was bought as part of an estate of a recently deceased couple. In 2019, the painting was sent to the Getty for a multi-year conservation treatment that addressed the damages that had resulted from the 1985 theft. After successful treatment and exhibition at the Getty, the painting returned home in September of 2022, and is now on display in the UAMA’s own exhibition on the theft and recovery of Willem de Kooning’s ‘Woman-Ochre’. 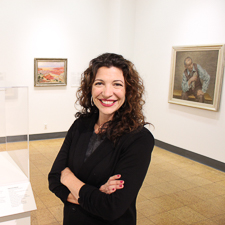 Curator of Exhibitions at the University of Arizona 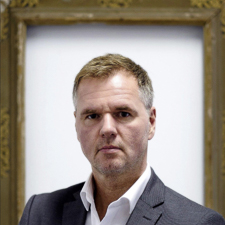